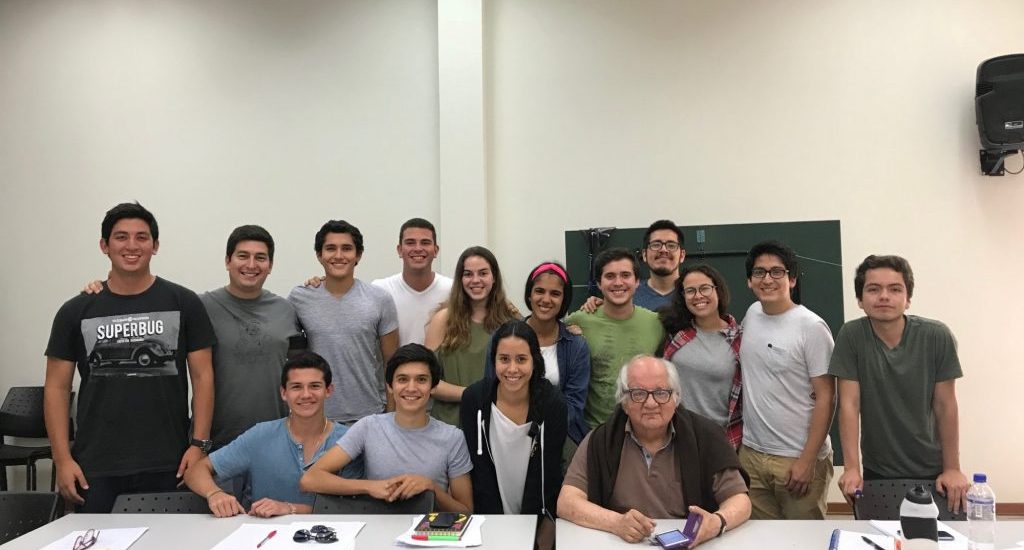 In partnership with the University of Lima, the alumni of the Drama course of the 2017 VCSP promotion are making the third short film of the project "Creatívita, cinema that inspires", which aims to generate awareness, through art. about the most important problems in our country.
"SOFIA" will be the result of the teamwork of 44 of our students participating as actors together with an audiovisual team made up of 10 alumni, students from the Communication degree at the University of Lima. The talent of our team is enhanced by the advice of experts such as Alonso Alegría, renowned screenwriter and playwright, and the experienced film and television actress Mari Pili Barreda, who shared a scene with our students giving life to a story that deals with the topic of masks and self-esteem issues in teens.
Under the direction of Luis Alonso Castañeda, alumnus of the 2014 promotion of the San Pedro school and current student of the University of Film in Buenos Aires, the premiere of "SOFIA" will take place in May in the Central Auditorium of the University of Lima. We'll tell you the dates of the features soon!